With an extensive API that allows users to program their CAD simplification process, CADfix has always focused on automating the process of repairing and simplifying CAD data. However, scripting required users to become familiar with APIs and CADfix programming language.

With the new CADfix macro reading and recording tool, the power of scripting has been integrated into the GUI, allowing users to record a variety of interactive operations on a model and replicate them, on different models, either in a CADfix interactive session or as part of a batch run. Reading recorded macros also provides the ability to navigate through a macro and check the effect on the model at each step. The user can also edit a recorded macro and insert additional actions at any time. 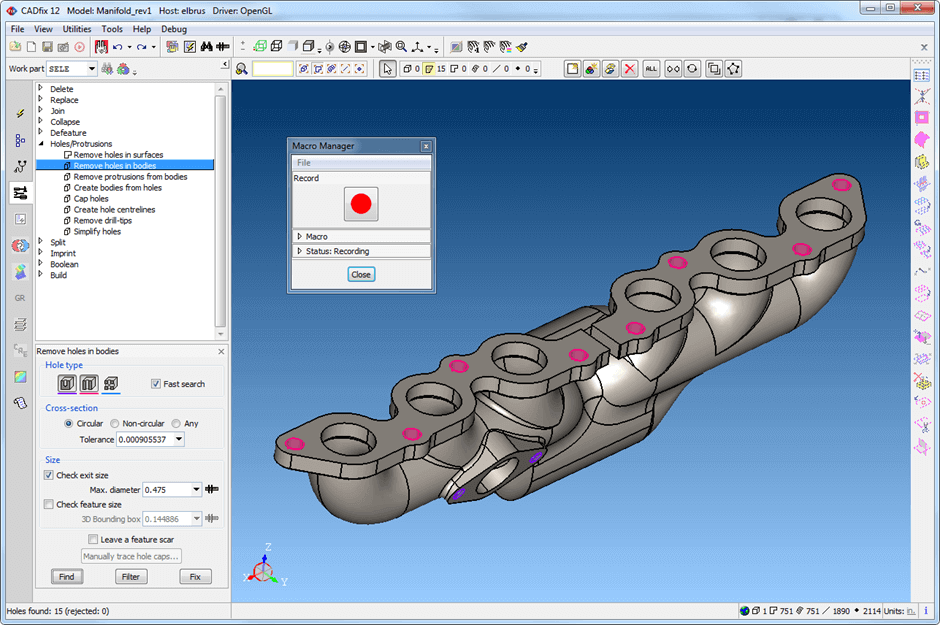 A common problem with recording macros that operate on named entities selected by the user is that they can often fail when they are read on a different model that does not contain exactly the same named entities. However, a CADfix macro referring to such user-selected entities can be replayed on models with different entity names. This unique feature uses an automatic 3D comparison between the saved model and the current model, which allows it to identify similar entities based on their geometric definitions and to map the names of features between models when reading the macro.

The Macro Recording feature in CADfix allows users to easily create and repeat model processing workflows and apply them throughout the life-cycle of a CAD model. We can help you
Do you have a question or would you like a quote?
Psst, Before You Go
Can I help you?
YES NO
This is the only time you will see this message.